Large and in charge - Vanity sizing sweeps the nation

For many years I didn't know what method most people used to buy clothes that fit them, since I always just used the size of the animal that I had to kill and skin to wear its fur. When I was a baby I started out wearing size "Adult Racoon". These days I fit nicely into "Juvenile Wildebeest".

Most people during this time just measured their bodies and bought clothes of that same measurement, but recently it has been brought to my attention that they have created something called "vanity sizing". Apparently there are some weak-sauce individuals who couldn't admit to themselves that they had to wear a certain size, and the store owners got tired of seeing huge folds of pale, sweaty flesh spill over the bursting seams of the poor garments they were cramming themselves into, so they instituted "vanity sizing", which is basically taking a size large, and calling it a medium, so Fatty Sweatson can feel good about themselves when they fit in a medium and will be happy and buy more clothes.

Well, with a lot of snooping and bribes I got my hands on the new, more progressive, universal vanity-sizing system that will be instituted this year. It is expected to to increase clothes buying and satisfaction by 467%, especially with women. Behold:

From this day forward,

The historically worst inventions in the history of History - Teil Drei

Not all inventions make the world a better place. Evidence:

Cooking is a worthless social custom. Back in the good old days, when men were men and women were too, animals were eaten raw, as God intended. Today's feeble excuse for mankind can't even fend off e-coli and botulism.

Having to cook food is ruining my life. When you are like me and need 9 small meals a day, having to cook them can take up what can be described as a fucking ridiculous amount of time.

Add to this that the act of cooking itself is a tedious and completely unsavory chore that is as dreaded as high-impact dental work. having to do anything while in the throes of a slow death by starvation is bad enough: having to cook while starving is simply an abomination.

Anytime I decide that my body needs fuel, and I have nothing that meets society's increasingly stringent standards of what constitutes a properly prepared meal, some plebeian will invariably point to a few raw ingredients of a meal that are in the fridge. The act of cooking is such a chasm between hunger and satiation that giving me uncooked foods when I say I am hungry is like if I say I need gasoline and you give me a dead dinosaur. 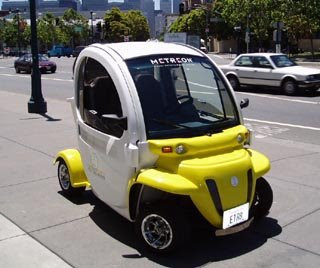 -lets face it, if God wanted us to drive electric cars, we would have been born with vaginas. And apparently, a lot of people were, given the recent clamoring for these weak-sauce hippie-mobiles. If you are too much of a loser to afford gas for your awesome smog-belching muscle car, then you need to do what real men do: kill someone and take their gas.
Your homework for tonight is to watch "Road Warrior" and tell me what you learned.


3. The little holes in spatulas

At some point, somebody decided that it hurt too much to flip their omelets by hand, so they invented the spatula; a pretty good contraption for flipping hot foods. And all was right with the world. And then, and I'm just assuming here, Satan ascended from the depths of hell and made all spatulas have useless holes in them that have no purpose but to get clogged with semi-cooked food and be a total bitch to clean. 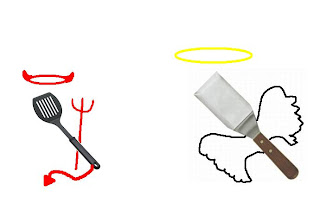 >> The Historically Worst inventions in the history of History - Part 1

>> The Historically worst inventions in the history of History - Part 2


More to come (There are a lot of bad inventions out there).