Nothing is bigger than my printer.

I just purchased a printer that is the probably the largest electrical device in existence. It has smaller printers orbiting it. When I moved it from Walmart to my house it affected the tides. When I opened it up I expected to find a smaller printer inside, with an even smaller printer inside of that one. I thought the box was unusually big when i was buying it, but when I got it out it was even bigger than the box.

If printer technology had kept up with cell phones and computers, it would somehow be even smaller than the sheets of paper it was printing on. Instead it is larger than the forest the paper trees come from.

Looking at it right now, I want to throw a table cloth over it and host a banquet for visiting dignitaries.

If my apartment was hit by a tornado right now, I would climb inside my printer for safety. In fact, with this printer I don't even need an apt.

I walked around the side of my printer to plug in the cable and I got lost.

It didn't even come with an instruction booklet; Just a map.

I put in an entire ream of fresh paper and it just laughed at me.

Apparently God CAN make a rock so big that even he can't lift it-it's called my printer.

25 facts about me you are better off not knowing

Don't let the title deceive you; you are only better off not knowing because the more you learn about me the more you will realize how worthless and weak you are. You will rend your garments and gnash your teeth, and beat your children for not being like me.
Moving on. By request:


25 Amazing and true facts about me


1. I Love free stuff. A lot. Too much. It’s true. If I found a spigot on the side of a building that dispensed free air, I would rush home and grab every container I could to fill. All the while thinking of what I could do with all this free air. The only free thing I don't feel compelled to take is animals. Unless they are dead and in a can (can optional).

2. I get stuff out of the garbage all the time. I told you #1 was true. There is no such thing as garbage - only free stuff that somebody else was too stupid to stuff their house with.

3. Manowar is officially the loudest band in the world. (This isn't technically about me, it's just that important.)

5. I can do more pushups than I can situps. This seems strange until you see my heavily muscled torso. Sinew.

7. James Cameron once let me use his camera. I came.

9. I always get to a point when eating my 2nd hotdog, when there is an inch of hotdog and 3 inches of bread where I think to myself, "I really do not want this anymore".

10. I have woken up multiple times with a cat's ass on my face. It is an annoying phenomenon.

11. I once stole quarters from a fountain at Sea World and bought an overpriced meal with it. I also tried to lift a stingray out of the petting tank after it tried to swallow my hand. It was too heavy though.

12. I just recently built a wooden DVD rack by hand. Half of the wood was pilfered from the dumpster.

13. They recently chose an 8th and 9th wonder of the modern world. They are both the DVD rack I just built. (It was announced as the 8th wonder when I was only halfway done. Once it was finished it was obviously even better, so they had to make it the 9th as well).

14. I once threw up after thanksgiving from gluttonous gorging. Afterward, I thanked God the pain was over and went to sleep.

15. I have an inexplicable attraction to high-end flashlights.

16. My brother and I are stalwart entrepreneurs. As evidence, see www.bulletproofshirts.com

17. I used to build intricate model houses for the sole purpose of burning them.

18. I have been in 3 different underwater habitats.

19. Sometimes I accidentally bite my fingers when eating fries. I used to assume this happened to other people too. Everyone I have asked has adamantly assured me that it doesn’t.

20. I once was so bored in a class I drooled on myself.

21. One time I found a bag of dog food in a cart at Walmart. I took it in and returned it for cash and bought Mountain Dew.

23. As a child I fell out of a tree and landed on a fence crotch-first. In unrelated news, I didn’t hit puberty until I was 21.

24. I hate chocolate. All of it. M&Ms, brownies, chocolate milk, anything. Anytime I tell people this they try to make me eat it. I don’t know why. If I asked them for it I bet they wouldn’t give it to me. They just want to see me suffer.

25. I will not tell you another fact about me. I do what I want. DEAL WITH IT.


*(Regular revenge would be like sticking somebody's toothbrush in your butt because they ate your last bear claw danish. For an example of glorious revenge, see The Count of Monte Cristo, Conan, Man on Fire, etc)

If I push it any harder the whole thing will blow!

I recently had to go through a period of military training that was several months long. At the end of the class I was ranked 8/55 in terms of overall performance. Now this is nothing to write home about until you consider my level of apathy. 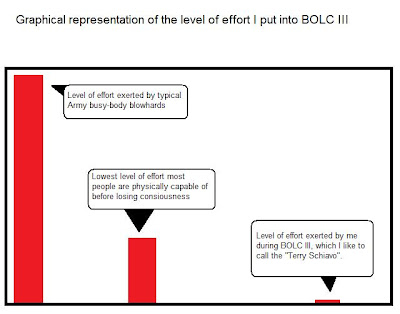 Yes, you may call me master.

Paper or Plastic? Neither

The debate has long raged over which is the correct choice of grocery-toting receptacle. Recently these stupid bags were invented and have promised to answer the prayers of hippies everywhere:

So now you can spend money you don't have to and obnoxiously announce you are to good to just reuse regular bags at the same time! But this is still not the best answer:

Paper or plastic? Neither. SLAVES 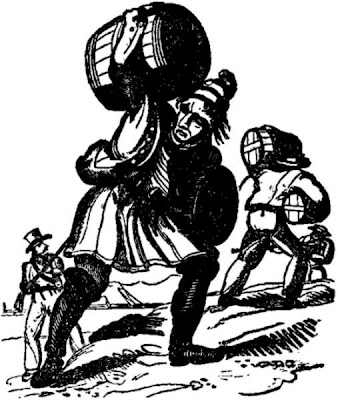 Think about it. A slave can carry much more than one of these bags. And while it takes a regular plastic bag 1000 years to biodegrade, slaves biodegrade in only a few years. Or you can even feed them to other slaves. Now THAT is sustainability.