I feel it is my duty to impart upon you, the hapless masses, the benefits of my wisdom. So today I am going to debunk the myth of the hippie credo, "An eye for an eye leaves the whole world blind".

Let's assume that there are two warring factions, Red and Blue.

In the course of events, a member of blue faction gouges out the eye of a member of Red faction.

In the spirit of "An eye for an eye" (a concept which both factions strictly adhere to) another member of Red faction takes the eye of the offending member of Blue faction.

The trend of vengeance then continues, as I will illustrate step-by-step with the following unnecessarily long sequence of pictures:

The cycle of violence continues until all people have been blinded except for one man with one eye left, leaving him to rule over the blind masses like a god.

So 'an eye for an eye' doesn't leave the whole world blind, it leaves a single one-eyed man ruling billions of blind, helpless minions. Hopefully that helped dispel some of the myth. 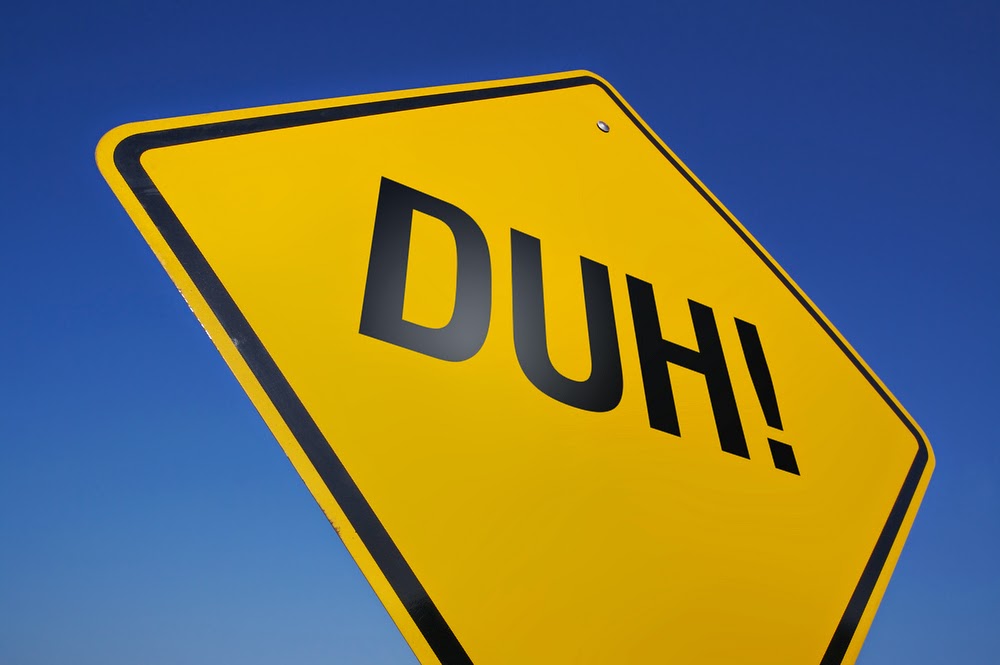 The world has seen its fair share of inventors and discoverers. Some people find or invent things very monumental, like America, the internal combustion engine, or Mountain Dew. Others find or invent more obscure, but equally amazing things, like a tribe of Pygmies, or those little pills that you put in the water overnight and they turn into a foam dinosaur.

Then, every once in a while, some butt-faced chump will make an observation or discovery, that is so absurdly obvious, so monumentally blatant, so ridiculously overt, that they forever disgrace themselves and their families, and make sure no one ever again mistakes them for an intelligent member of society.

Here are the worst offenders of late, in no specific order:

For an episode of her talk show recently, Tyra wanted to know (for reasons unknown to me) what it was like to be a disgusting fat-ass. Instead of manning up and eating a couple dozen donuts a day for a few months, she took the easy way out and dressed up in a fat-suit that made her look like she was 350lbs. Then she went into the outside world to live the life of a fat nobody for a day.
Needless to say, she was "Shocked" by what she experienced.

"The people that were staring and laughing in my face — that shocked me the most. As soon as I entered the store — when I went shopping — I immediately heard snickers. Immediately! I just was appalled and, and and hurt!"

So Tyra, what you're saying is people treat a sweaty, 350lb nobody differently than a famous, rich, Victoria's Secret Supermodel? Who'd a thunked it!?

Ok, so you've all heard the story. This guy made a documentary that revealed something so shocking that some of the nation's largest businesses were afraid. of the repercussions. What was this shocking revelation?

Eating nothing but McDonald's for a month will make you fat and unhealthy.

I think I'm going to make a documentary about how flushing the toilet makes the poop DISAPPEAR! No longer do you have to live with piles of defecation in your bathroom! This SHOCKING documentary will reveal a secret technique that neatly eliminates waste from your toilet!

The guy who made this movie should join with Tyra so they can both be shocked at how they get treated as sweaty, grease-slurping fatties.

Anyone who could not single-handedly make a decently accurate guess as to the probable consequences of a month-long McDonald's only diet - Please kill yourself. Chances are you won't live long anyways.

Thanksgiving last year some kid ate a toy with magnets and regrettablybly died. Even though he did eat the magnets, the kid was probably smarter than the mom, who afterwards said, about the toy:

"It does say there is a choking hazard on here," Penny Sweet said. "Unfortunately, they don't say it causes serious injury or death, which is the kind warning they need to have on here."

Yeah, lady it said "Choking" hazard, not "Coughing" or "Itchy throat" hazard. While I think she was referring to the toy's gut-twisting magnetic capabilities, which is what killed the kid, it's still a retarded thing to say.


That's all for now.

Lately everyone has been complaining about gas prices. YOU MAKE ME SICK. Shut up. If a $.25 per gallon increase in gas prices ruins your day, then your problem is not gas prices. Your problem is that you are poor. And stupid. (Only stupid people are poor). Smart people have businesses, like Buy Thermite, and people with businesses aren't poor. Unless stupid people don't buy their stuff. Get to it, peasants.

Just to show you how stupid you are for being poor and complaining about gas prices, I am going to list a few things that are way more over-priced than dead-dino juice.

**WARNING: The following items are grossly overpriced at your local marts, and strip you of your hard-earned dollars. Not recommended for people who are poor and stupid**

That's right, good ol' H2O. If you have ever bought a bottle of water, you can't complain about gas prices. Unless you were in the middle of the desert and needed it to live (but you have to be pissed about being ripped off). In the words of Jim Gaffigan,
"Do you guys have water? I know it's free from every tap; I'd like to buy some. Do you have any air? Maybe some garbage?"
Don't laugh. That's not a joke. That's you being exposed. If you buy water, which is usually way more per gallon than gas (unless you get like Albertson's brand in the big, thin, crappy jug) then you can't complain about gas being an extra quarter.