4 Things you should never post pictures of on the Internet 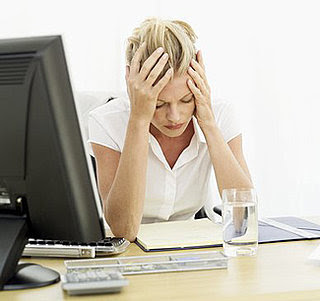 I realize that your life is just oh-so interesting, and I'm sure everyone on the planet appreciates your altruistic decision to share the intricacies of your existence. However, there are (at least) 4 things that you should never post pictures or videos of, online or elsewhere. I am telling you this for your own good. Mostly for my good, but it will help people hate you less, so it's for your good too.

Let's be honest here, newborn babies look like writhing, flaccid, penises. I would rather fellate a shit-covered cactus than have to look at another baby picture. They can't even hold their own heads up, let alone do anything interesting. If I want to see the ugly side of the circle of life I can just watch videos of lions tearing apart sickly wildebeests. Get back to me when the kid is old enough to fail badly at doing mundane things. Put that on video and I may tune in. (but only to laugh, not to care).

I understand that you are super excited about your super fresh tattoo of...whatever the hell it is..., but since you are stuck with it until at least a few years AFTER you die (and 60 years after it stops being cool), you can at least do us all a favor and wait like ONE day until its not all puffy, red, scabby and covered with greasy lotion. If I can't tell if you have a dragon tattoo or a raging case of arm-herpes, you're doing it wrong. So relax, time is on your side with this one.

No matter how cool, unique, and original you think your wedding/reception/honeymoon is, it will still be 95% similar to every single other wedding on the face of the planet.

Did your wedding feature,
Monkey butlers?
Strippers? (female)
Feats of strength? (carrying you across the threshold doesn't count)
Impromptu turf war with another nearby wedding party?
Ted Nugent?
Motorized...anything?

Didn't think so. MOVE ALONG.

I wouldn't put your wedding pictures in the bottom of a bird cage, just because of the off-chance the bird might flap around and flip one over and I would have to see it for an entire second.

The only acceptable pictures that should be posted online of vacations include:
1. Feats of strength
2. Things that elevate your status above the wretched masses
3. Proof of wicked, depraved, or otherwise sordidly impressive acts that would otherwise be dismissed by your friends as fanciful stories.

Notice this list did NOT include an album of 1365 pictures of you standing on a beach, ordering from a restaurant, looking out an airplane window, sitting in your hotel room, on a subway, your feet (seriously?), statues, etc. If you have so many pictures of the same lame scene that you can make a working flip book, then you are wasting my time, as usual.

If a nearby parents don't gasp and cover their children's eyes when your vacation pictures pop up, don't bother.

If I want to look at pictures of somebody just standing around, I can find somebody way more attractive than you. Trust me.