Las Vegas Adventures #6 - The life and times of Bubble Boy 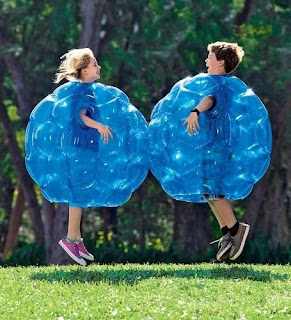 Those of you who know me are aware that I am a degenerate gambler (I'm good at gambling, the degeneracy is a separate issue). So obviously I have indulged in a couple good old fashioned no-limit Texas holdem tournaments since I have been here in Vegas.

For you philistines out there who don't appreciate gambling culture, a poker tournament is a lot like life - everybody pays to participate, struggles to beat everyone else by any means necessary, and a small percentage end up with all money in the end.

Usually 10% or so of the people who enter get money. In a poker tournament the last spot before the paying positions start is called "the bubble". Despite being close enough to molest the money, whoever gets eliminated on the bubble gets nothing. Because poker is real life, and close only counts for horseshoes, hand grenades, and restraining order violations.

So while I didn't technically go out on the bubble, to paraphrase Bill Shakespeare, "a fart by any other name would smell as shitty"

To be sure, making it that deep in two multi-table tournaments in a row is indicative of some solid poker skills. But going deep in a tourney yet not cashing out is like fighting a bear for 30 minutes - It's very impressive, but at the end you're still dead inside.